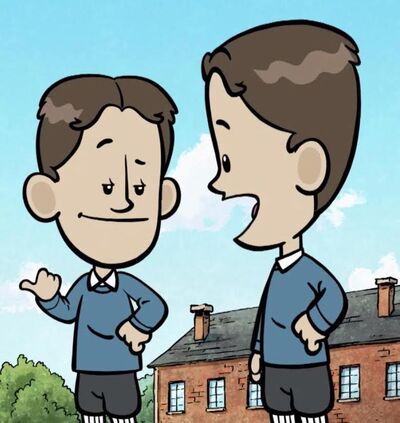 Benjamin and Theodore are British twin schoolboys who appear in the episode I Am Winston Churchill. One of them also appeared in I Am Rosa Parks, when th kids are dismissed from school.

They play capture the flag with Winston and don't listen to his ideas until he speaks up for himself, and helps them win the game.

Retrieved from "https://xavier-riddle-and-the-secret-museum.fandom.com/wiki/Benjamin_and_Theodore?oldid=11179"
Community content is available under CC-BY-SA unless otherwise noted.