Xavier Riddle and the Secret Museum Wiki
Register
Don't have an account?
Sign In
Advertisement
in: Episodes, Episodes with Yadina's Problem, Movies

I Am Madam President

Xavier Riddle And The Secret Movie: I Am Madam President

I Am Marie Owens

I Am Nikola Tesla

In this exciting one-hour adventure movie, Yadina Riddle goes on a journey into the past to meet some of the great female trailblazers in history. From those heroes, including Jackie Joyner-Kersee (Athlete), Amelia Earhart (Pilot), Junko Tabei (Mountain Climber), Sally Ride (Astronaut) and Nellie Bly (Journalist), Yadina Riddle learns that just because something’s never been done before, it doesn’t mean you can’t do it! Even if that something is becoming the first female President of the United States of America![2]

The museum is making a brand new Hero Exhibit, and the gang gets to help build it. Yadina wants to add something special to the exhibit - a president. She decides to pick a girl president, but all the presidents are boys. Yadina wonders how she can do something that's never been done before, and the answer is, to go to the Secret Museum. The kids try all sorts of entrances but almost get noticed by people. Eventually, they go inside the painting, but the painting looks different this time, it's of Great-Great Grandma Riddle instead of a bald man with glasses.

When the gang gets to the podium, the artifact is.....a five-point star. It doesn't even show them the hero, the year, or __cpLocation. The kids decide to travel in time anyways. Once they do so, they end up back at the Secret Museum and half the artifacts are gone. Yadina finds a mysterious woman who copies her every move. She doesn't say who she is, or how she knows who Dr. Zoom is. She just says that she's here to help the gang. Yadina explains the situation to her and asks how she can do something that's never been done before. The lady answers that they'll need to have an adventure. They run up to the podium and find the star again. The lady explains that the star is a puzzle, and to complete it, they need to meet five different heroes. The kids then agree to travel back in time.

Just because something’s never been done before, it doesn’t mean you can’t do it.

Also, each historical figure featured in this special has their own moral:

"You Can Do Something That's Never Been Done Before" - Kersee, Earhart, Tabei, And Ride. 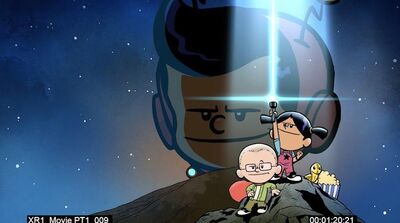 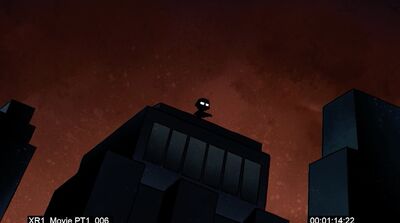 Xavier Riddle and the Secret Movie I Am Madam President! PBS KIDS