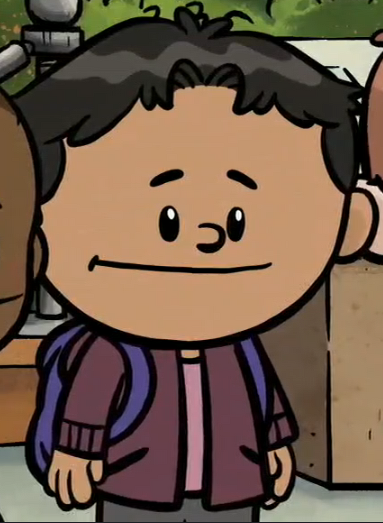 Jin is a boy who is a minor character on the series. He first appeared in I Am George Washington as a member of the Nature Troop.

He then appears in I Am Winston Churchill, where he and his friend Charlie make a castle out of modeling clay at the Hands On Center. They leave Brad Scott out and don't listen to his ideas until he decides to speak up for himself. He attends school along with Xavier, Yadina, Brad, Harper, Brian, Charlie, Tyler, and Jamie.

He is only named in the credits and closed captions when speaking to Charlie.

He is voiced by Lucas Kalechstein.

Add a photo to this gallery
Retrieved from "https://xavier-riddle-and-the-secret-museum.fandom.com/wiki/Jin?oldid=10795"
Community content is available under CC-BY-SA unless otherwise noted.