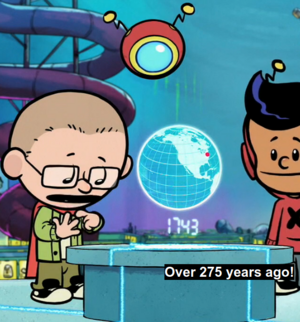 The timeline is a list of years which the Riddles and Brad have gone back to visit:

The "almost" statements" which indicate time-when-stated is LESS than a certain relative date include:

The "over" or "more than" statements which indicate time-when-stated is MORE than a certain relative date include: